Unless you've been living under a rock for the last week, you'll know that Labour MP Louisa Wall's Bill for re-defining marriage (let's face it, that's what it is) has been drawn from the ballot, and has a reasonable chance of succeeding. Both she and Green MP Kevin Hague had similar Bills sitting there, and it's great that one of these is going to see the light of day. None of the gay National MPs seemed to bother trying.

Let me be clear about my own position. 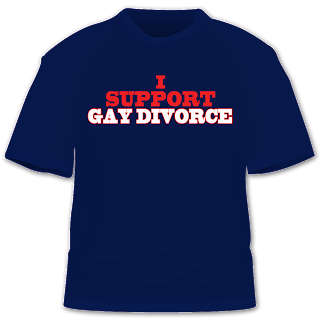 It's not an issue that deeply excites me, but as a matter of principle, based in my committment to the concept of human rights, I think that there is no logical, moral or social reason to stop adults from legally committing themselves to each other. I believe as a principle that any adult should be able to have her or his relationship recognised. Personally I think it should go further - if you want to have your committed loving three-way relationship recognised then you should be able to as well. I don't see why under this logic we don't support polygamy as a legal relationship status, just to be consistent in applying human rights. Of course such talk upsets those aiming to be "normal" and  "just like the straights."But that's another story.

But oh dear - all the fighting in the playpen already.

You see, even though it has become the issue for many homos, there are a number who really don't care, and a smaller group who are in fact actively opposed due to strongly held political and philosophical convictions. I read one gay man saying something like "This is the last hurdle for gay rights !" No, it isn't.

It will, doubtless, be a big political struggle, requiring long hours of unpaid labour and personal dedication. There will be letter-writing campaigns, people monitoring talkback and ready to ring in and disagree with the redneck fuckwits who hate us. Worthy, happily-coupled, non-threatening same-sex couples will be trotted out to talk movingly about their desire to have their love recognised. Fine.

But we are being instructed by some that we must all be seen to be supporting this move.  Dissenting voices are being derided and told to shut up and go away, told they don't represent "us".

The thing is in New Zealand, nobody, absolutely no-one, can claim with the slightest shred of authority that they represent the voice of gay New Zealand. But no-one, not the out gay MPs (and certainly not the closeted ones), not the earnest Rainbow policy-mafia in Wellington or their corporate counterparts in Auckland actually speak for us. Neither do venue owners, media owners, or bloggers like me.

We have our opinions, we get a sense of what people are thinking, especially if we are more connected to the local homo-world - but we don't have the right to tell others to "shut up because they're ruining it for the rest of us" if they don't agree with us.

We do have the right to argue, to persuade, to cajole, or to throw a tanty and stop talking to them, tell everyone else how terrible they are and you wish they would just shut the fuck up,that's  fine.

But freedom of speech, and freedom to disagree is the fundamental human right. Without it the others fall over. So don't expect anyone who doesn't feel as passionately about this topic as you do, or maybe even has a critical perspective on it, to shut up. You have no right to demand that.

And this takes us back to that basic problem - there is no one united gay community. Being attracted to and loving people of the same biological gender is simply too thin a basis to build a real, deep, lasting community on. We are a multitude of different people with differing views, philosophies and backgrounds. But to the straight world we are all the same, (they're lazy, and just not that interested) and we do share a common oppression based in how they see us.

That oppression, fed by what is known as "heteronormativity" (google it) is what leads to the sad and terrible over-representation we have in things like drug addiction, depression, self-harm and suicide. Gay marriage is not going to fix that. Political change, challenges to the existing order instead of trying to fit into it will, I believe, do much more to stop the terrible damage that the straight world inflicts on so many queer people than this.

But there is such a lack of any political engagement or analysis in contemporary gay culture that people don't see how all this works. Understanding that the things that make individual queer lives shitty are not simply a matter of personal choice but are rooted in a society that systematically fucks us over is not as widespread as it once was, but this ties back to the general de-politicisation of our world.

Yes it's a good step, there is no reason why our love, our relationships, shouldn't have the same legal recognition as straight ones. It will make some people deliriously happy. They will feel as good as straights, because that's what they measure themselves against. Others will just treasure being able to celebrate their love with all the people who matter to them under the same name as their hetero brothers and sisters. Great.

But don't assume it's what every single queer is desperate for, because it's not.

Paul said…
We've had same sex marriage in Canada now for more than 5 years. It seems to have made no difference whatsoever, except for the same sex couples who have chosen to marry. (I and my partner are not among them. We continue to live in sin without the benefit of clergy.)
July 28, 2012 at 9:23 PM

gayblade said…
it really won't make much difference, except to the people who want to get married. But beyond that, it will change nothing.
July 29, 2012 at 1:24 PM 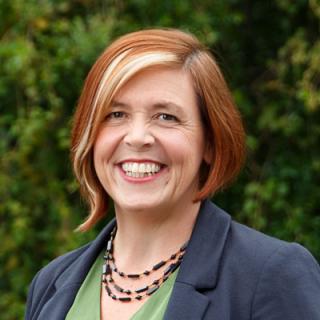 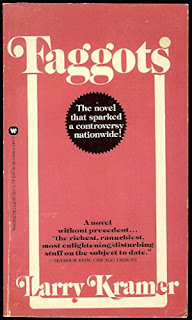 You Should read Larry Kramer's Faggots